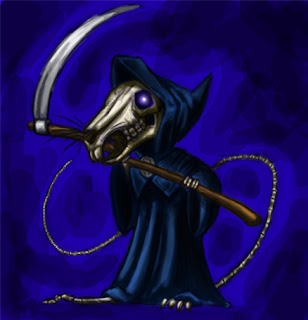 For this exercise, Cassie asked us to pick a minor character or villain from a story we are familiar with, and write a scene from their point of view.

The Death of Rats picked his way through the spilled corn on the floor of the granary. In some shadowed, spiderwebbed corner of his mind, he remembered corn, remembered the feel of the kernels as he sheared through them with his teeth, the sweet dribble of juice that spilled down his throat as he chewed. But Death of Rats had not eaten corn in lo these many eons. He was here on other business.

Hanging from the rafters of the granary amid dusty beams of sunlight, a cage spun slowly. Three rats were inside, scurrying around. He heard their squeaks of fright, a scuffle of aggression. He examined the round structure, wondering how he’d get up there. The stuccoed walls were criss-crossed with wooden scaffolding. He slung his scythe over his shoulder, narrowed his eyes until only two slits of otherworldly blue showed beneath his hood, and began his climb. SQUEAK, he called up to the rats above, letting them know he was on his way. They lay silent and still on the floor of the cage.

He was scurrying now, though, leaping from beam to beam in an effort to make it to cage before the rats inside expired. Probably poison, he thought. It’s usually poison. He could hear their labored breathing slowing. If he didn’t make it there in time, he wasn’t sure he’d be able to guide them into the Rat Waiting room. Rats often had the mistaken impression that he was in charge of deciding whether they went into Rat Heaven, or Rat Hell. SQUEAK, he reassured them. Those decisions were made farther up the chain. He was only the guide.

This scurrying was taking too long, so he decided to make use of one of his privileges as the Death of Rats and leaped out into space. He did not fall, though, but instead ascended quickly in a column of blue light until he hung just outside the door to the cage. SQUEAK? he asked, knocking gently on the wire. He liked to be polite. 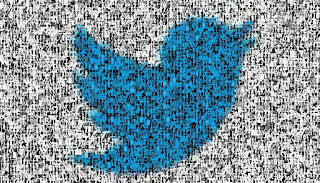 This past fall, I became much more active in the SF/F writing community on Twitter. Almost immediately, I fell into one of the deepest and toughest bouts of anxiety I’ve ever faced.

Anxiety is treacherous and terrifying, and it is much more than just normal, day-to-day stress. And my anxiety wasn’t just caused by Twitter; it was also caused by an aggressive and demanding schedule at work, and my own tendency to equate my self-worth with my ability to produce writing in my spare time. But Twitter certainly exacerbated it.

Why did I join Twitter in the first place? I wanted to follow writers I admired, to get a glimpse of what they were doing that I could imitate. It was as if writing was learning how to knit or fix a tire, and I just had to follow the steps to success. So I followed several up-and-coming writers and started to take mental notes on where they were submitting, who they were following, what conversations were dominating the field.

I was quickly overwhelmed by how much competition I felt. Before, I’d been writing mostly in a vacuum. Now I had the freedom to compare myself to other writers 24/7. They were selling more than me, writing more than me. How were they writing so much when they were on Twitter all the time?

I didn’t feel as charming or as interesting as everyone else I followed. Outside, I was all “jokes jokes jokes” and inside I felt lonely and afraid and worthless. I was afraid I’d be pushed out of the community before I really got a chance to be in it. I was afraid that I’d do something wrong or bad or stupid online; I couldn’t really tell how I was being received, and it was intimidating. I felt pressure to produce, pressure to be funny and clever and to have something to say about the movie I was watching, book I was reading, music I was listening to, burrito I was eating.

Beyond that, I felt anxious about the platform itself. I wanted to get retweets, likes, comments, and follows. Was it okay if I commented in a friendly manner on someone’s Tweet, or was I annoying them by crawling up in their mentions? If I said the wrong thing, would I be made an example of?

This all coincided with my feeling of rejection in general. I had been writing fiction for a year and a half. I wasn’t having much success selling my stories, but I was generally optimistic about the outlook. For most of that time, when I got a rejection, I told myself that my story was just one step closer to finding a home. I imagined myself as an awkward but friendly duck, and the rejection as one tiny drop of water, rolling off my back. But soon after I became active on Twitter, I didn’t see rejection as a tiny drop anymore, but as the giant lake surrounding me.

I developed shoulder pain, an eye twitch, and an ulcer, all before I had my first panic attack in November.

Once I realized that my interactions on Twitter were a source of stress, I managed it. I only let myself have three Twitter check-ins per day, and I wasn’t allowed to check in at all before I wrote my words in the morning. I also unfollowed people—some of them the very people I had come on Twitter to follow, people I liked and respected—because they were stressing me out by being so good at their jobs.

A reasonable person probably would have quit Twitter at this point. But I hung on for dear life, knowing that it can be a useful tool to writers. Twitter is where I hear about calls for stories, get notifications from journals about when their reading periods open, find out about current SF events and topics of conversation. I went to a workshop I heard about on Twitter, one of the best choices I’ve made for my writing. And I met people to share my work with, creating a network for smart, plugged-in beta-readers.

Ultimately, the problem is with me, not with Twitter. 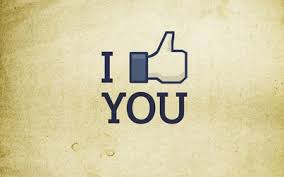 When I approach it the right way, Twitter is a great support system, a really kind and loving place. I’ve seen strangers give each other virtual hugs, tell each other that they’re wonderful, to keep writing and fighting in the face of sadness and fear and the crawling ooze of mortality. @posisailor tells her followers every day that they are worthwhile and that they can achieve their dreams. @gaileyfrey asks her followers to tell her about their successes, and then tweets affirmations. @matthaig1 writes kindly and transparently about struggles with depression. In short, I’ve seen love there.

But even with these guidelines and good intentions, Twitter can push my buttons. And the reason why comes down to the myth of productivity.

Let me give you an example. I posted a story of mine a couple weeks ago, and got some retweets by some authors who I *seriously* admire. And I was euphoric about it. Nothing feels quite as good as getting a compliment from someone who doesn’t know you in person. They only know you through what you produce and, in a way, these are the most powerful compliments of all—entirely merit-based (or so it feels).

But this is a trap I fall into too easily. Equating myself with what I produce. I’m only as valuable as what I’ve managed to accomplish in a given day—and not even that! Going to the grocery store, or a doctor’s visit, or taking a walk with my dog? None of these entirely-necessary duties contribute to my sense of productivity. Only writing-related work—writing, revising, editing, or submitting—matters to this mentality.

This is my bad mental habit. And it is contributing to making me sick.

I know I’m not alone here. I see this mentality on Twitter, among my friends who post their word-counts on good days and lament when they haven’t written anything on bad days.

But we are more than what we produce. I feel shitty when I don’t write, when I don’t have things out in submission, when I haven’t updated my blog in a while because those are measurable levels of “how I’m doing” as a writer. But regardless of how I'm doing as a writer, I have worth. I matter ... WE matter ... no matter what.
Posted by Kate Lechler at 4:58 PM 1 comment:

For this exercise, Cassie let us pull 4 random characteristics that real animals have on Earth, and then combine them to create a new character. And it had to be sentient. My four characteristics were:

2) Mother can birth one litter of babies with multiple fathers

3) Gills to breathe in water

4) Can see clearly in the dark

So welcome to the "cave-creepers."

Margarine huddles on the side of the subterranean lake, her antenna twitching incoherently as she expels streams of goo into the water from her mouth. Around her, seven male cave creepers flutter, their antenna brushing hers and each others. They radiate excitement and concern. As this is the first time they have witnessed birth, they worry about her health. Should she be this pale, her skin this dry? As they have all just become fathers, they are jubilant and relieved. Our children, the movements of their antenna all but shout, our children are healthy, and alive!

Silhouetted against the soft glow of the lake, twenty-two newborn cave creepers flit in the water. Their bodies are soft, slick, translucent. To the fathers, these babies look so vulnerable, so exposed. But they stretch their wings and fluff their neck-ruffs of fur in pride anyways, bragging to each other through flicks and swishes of antenna: See how fast that one swims? She will be a hunter, for sure. And the thickness of his hind legs? He will certainly win his year’s race to the surface.

Margarine, her wide eyes bleary with exhaustion, gazes blankly at her children. Her lovers settle around her, gently herd her up the rocky bank to the nest they have prepared. Here she will rest, here she will be fed and pampered through her recovery, while the seven fathers take turns watching their young ones grow and develop in the water. When the baby cave creepers have developed lungs and the thin membrane of their wings begins to stretch from wrist to side, they will crawl from the lake and it will be Margarine’s job to teach them all she knows. But for now, it’s the squish of fat grubs and the crunch of tender minnows that she looks forward to. A month or more of nothing, she manages to communicate. How delightful!