The Spiritual Hunger of the Young Pope 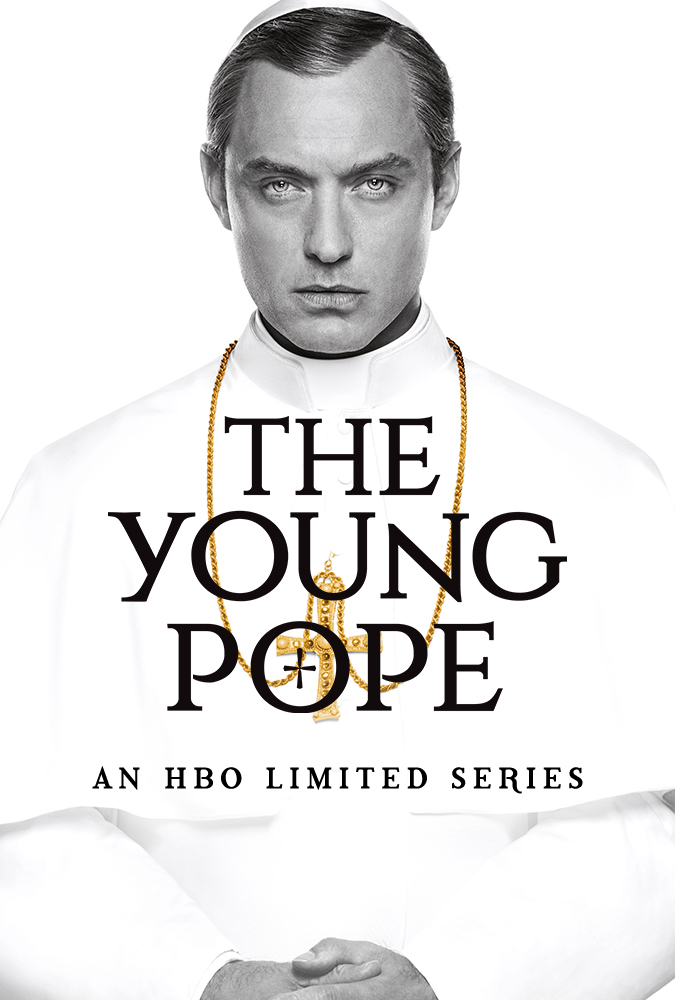 HBO has given me two gifts in the past six months: Westworld and The Young Pope. Both totally obsessed me from the moment I started watching them, taking up space in my brain in a way that TV doesn’t usually manage to. While I thought Westworld was incredible, ultimately The Young Pope, created and directed by Italian filmmaker Paolo Sorrentino, was more meaningful to me.

It made me miss believing in God.

This may strike people as odd, given that there has been a fair amount of criticism of The Young Pope’s non-reverential attitude towards the church. It has been accused of being sacreligious, Christophobic, Catholic-bashing, and “a disgusting insult to Christians.” If all you watched was the first or second episode, or only saw the (many! wonderful!) online memes, I might get that. Jude Law’s titular character, Lenny Belardo or Pope Pius XIII, is not anyone’s role model. He’s vain, power-hungry, and unfeeling in the model of many other TV antiheroes—and claims not to believe in God. He is surrounded, moreover, by conniving, grasping cardinals, eager at first to cement their role in his new administration, and then later blatantly deceptive to their pontiff when they see his effect on a dwindling church.

So, no, The Young Pope does not treat either the papacy, the Catholic church, or religious authority in general as beyond criticism, not by a long shot.

But if we can separate the show The Young Pope from the character of the young pope, the show itself is obsessed with God—His presence and His absence—in a way that feels genuine and reverential.

For one thing, the show is interested in exploring the idea of religious calling, the moment when a priest or nun feels as though God is telling them to pursue ministry for their life’s work. Lenny asks several of his closest friends to tell them about their calling and each story—often shown in flashback—is given the weight that such serious material demands. These callings, vividly recalled, are watershed moments in people’s lives, portrayed with subtlety, emotion, and no hint of mockery.

The show is also fascinated with religious visions. Lenny himself has several. Granted, their content sometimes borders on hilarious. In one vision, Lenny is surrounded by his predecessors, all decked out in the specific papal garb of their time period, and he asks them for guidance. When they respond with platitudes, he asks “Do you have anything better?” But the visions are more often lovely and serious, as in Cardinal Gutierrez’s repeated vision of the Virgin Mary and Lenny's encounters with the Blessed Juana.

While Sorrentino’s slow pace and lush aesthetic lends a dreamlike quality to what we watch, nothing about the lighting, the music, or the cinematography, diminishes the importance of these visions. To me, this means the show isn’t asking us to question these visions or their provenance. Instead, it asks us to accept them—whether as indicative of the character’s personal obsession (like Lenny’s repeated dreams of his parents) or an actual communication from the divine—as meaningful. The Young Pope doesn’t care if the visions are “real”—what it cares about is that they are real to the characters.

Here’s where I’ll argue that Lenny himself is not as much an unbeliever as he claims. Sure, he says in the first episode that he doesn’t believe in God. But the show makes it clear that he’s not necessarily questioning the objective existence of a deity; he’s really asking whether or not God has abandoned him. God matters to Lenny, maybe more than to anyone else in the show. And that, to me, is what The Young Pope is about—one man’s struggle to reconnect with God.

The fact that Lenny is not, by many definitions, a good person makes the show even stronger. It asks if someone can be unlikeable, even bad, and still be used by God? Can someone have a relationship with a God they don’t quite believe in? Is struggling to believe in God worth it? 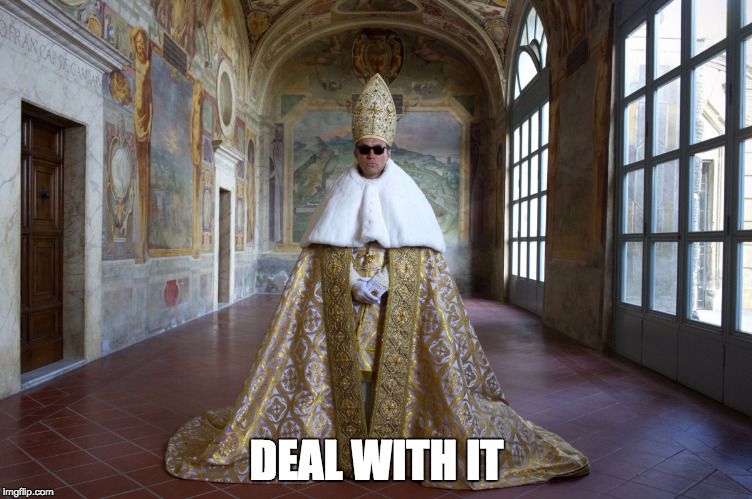 Lenny seems to believe it is worth it. And he is able to access God to help the world—though his version of helping the world is fraught with casual violence, from dropping the newborn baby he helped conceive through the power of prayer, to causing the suicide of a young aspirant to the priesthood whom Lenny’s anti-gay policies excluded. There’s a lot of casualties in this show, including a kangaroo (RIP, kangaroo!), Lenny’s best friend, Cardinal Dussolier and Sister Antonia, a corrupt nun who Lenny asks God to smite. The show doesn’t let Lenny off the hook for the violence he inadvertently causes, although it does soft-pedal more than I wish it did. For instance, his punishment of serial child molester Cardinal Kurtwell was the kind of TV poetic justice that is only poetic, not actually justice. Dude needed to be kicked out of the church and subjected to criminal charges, imo.

(And, while we’re talking about ways The Young Pope fails, I hated its portrayal of the character Girolamo, a young man with cerebral palsy who basically just functions as a sympathetic sounding board for the devious Cardinal Voiello. Nicole Cliffe writes very convincingly and not a whit too critically of this treatment here.)

But on the whole, this show impressed me with its treatment of spirituality. It showed a wide variety of experiences with the divine and expressions of religious devotion. It acknowledged how life-changing religious belief can be, and the pain when that belief goes away. The show’s dreamlike quality itself replicates the ambiguity of spiritual experience—you feel that something important has happened, but you can’t quite explain it.

I can relate to that. I often felt, when I was younger, that God was speaking to me—through music, through literature, through prayer. Nature uplifted me; I used to talk to the moon, imagining it as the benevolent face of God in the sky. I’m no longer a Christian. I lost my faith in my late 20’s. But I don’t doubt the sincerity of my spiritual experiences growing up, or the fact that they shaped me into who I am today. I felt those things and they mattered.

And I still feel them today, although I don’t know if I believe there is a divine power motivating them. I’m comfortable with that ambiguity, though. I’m comfortable hungering for spirituality without knowing for sure if there’s a divine. And so, it seems, is Lenny Belardo.

Email ThisBlogThis!Share to TwitterShare to FacebookShare to Pinterest
Labels: religion, The Young Pope